Home » How Much Do You Know About Albert Einstein?

How Much Do You Know About Albert Einstein? 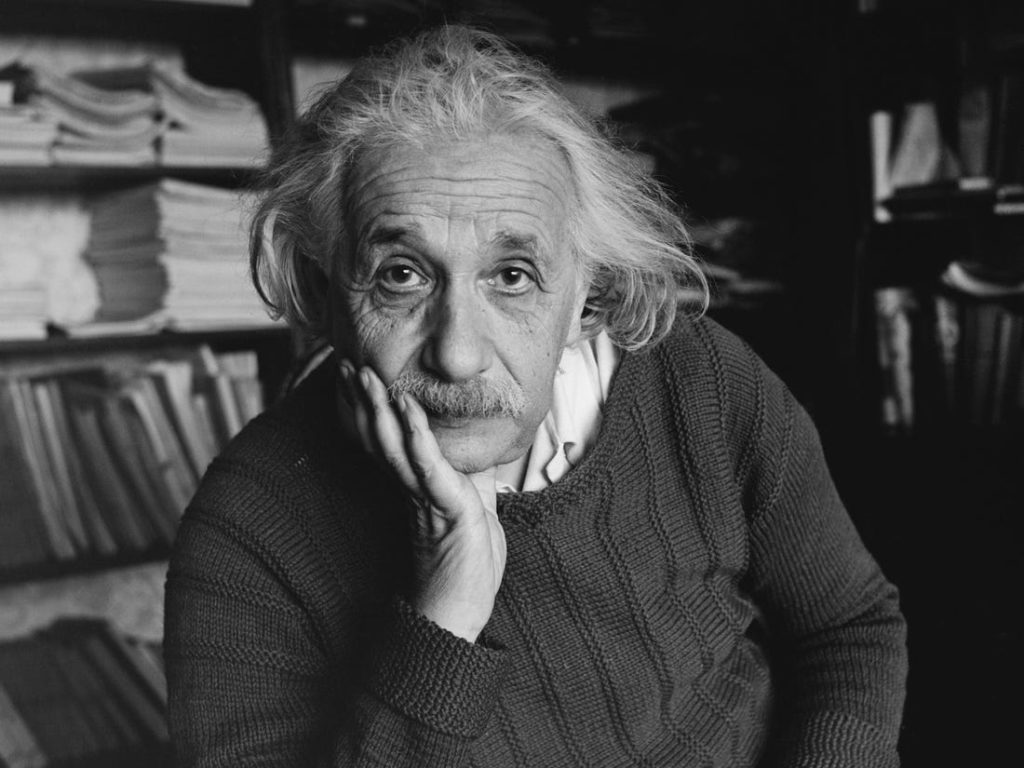 No doubt you have heard of Albert Einstein, but how much do you really know about this legendary thinker? You probably know about his theory of relativity or his famous equation, E = mc2. Maybe you heard that he hated school as a child. What more is there to know? Quite a bit, actually.
In 1879—a year after Thomas Edison began seriously researching how to create a lightbulb—Albert Einstein was born in Ulm, a city in the German Empire. When he was five years old, his father gifted him with a compass. Young Einstein was flabbergasted that, try as he might, he could never trick the needle into pointing the wrong direction.
When Einstein began school, he hated it. But don’t let anyone use Einstein as an excuse for lazy schoolwork. He didn’t hate learning. Einstein just hated the forced, rote memorization. Instead, he wanted to learn how and why the world worked. At age twelve, Einstein taught himself algebra and Euclidean geometry in a single summer. He even came up with an independent proof for the Pythagorean theorem.
Einstein went to university, but only after failing his first attempt at the entrance exam. And then, once he graduated, he could not get the teaching job he had dreamed of. Instead, he took a job working at the Swiss Patent Office. Whenever he finished work early, Einstein would study and daydream. It was at this mundane job that Einstein began writing papers on his now-famous discoveries. During his “miracle year” in 1905, he published papers proving the existence of atoms, describing the nature of light, explaining the special theory of relativity, and outlining his famous mass-energy equation. “I want to know how God created this world… I want to know His thoughts,” Einstein later said. “When the solution is simple, God is answering.” Finally, he managed to get hired as a lecturer at the University of Bern.
Einstein, who came from a Jewish family, live his adult life through both World Wars. As antisemitism mounted in his native country, fellow German scientists began turning on him. They held conferences and book burnings specifically to denounce Einstein and his theory of relativity. The nation ultimately named Einstein an enemy to the German regime and put a $5,000 bounty on his head. In 1932, a year before Hitler came to power, Einstein fled his home country for the United States and never returned. Eight years later, Einstein became a citizen of the United States while also keeping the Swiss citizenship that he had received decades earlier.
In 1939, Einstein signed a letter to the U.S. military warning that Nazi Germany may have been developing a nuclear bomb. When the U.S. began the Manhattan Project, the military would not allow Einstein to participate directly because of his fame and pacifist leanings. Later, after the atomic bomb was used in combat, he had regrets about signing the letter, but still believed it had been important to develop a nuclear program before Nazi Germany did. Einstein lived until he was 76 years old. Some of the phenomena he had predicted—such as his theory of gravitational waves—were only proven after his death.
Albert Einstein credited his success to perseverance and a curious mind. “I have no special gift, I am only passionately curious,” he said. “It’s not that I’m so smart, it’s just that I stay with problems longer.” Einstein may have expanded our knowledge of light and gravity, but he also taught us the value of undauntedly pursuing our goals.