Home » A Small and Simple Invention: What Inventors can Learn from the Ballpoint Pen

A Small and Simple Invention: What Inventors can Learn from the Ballpoint Pen 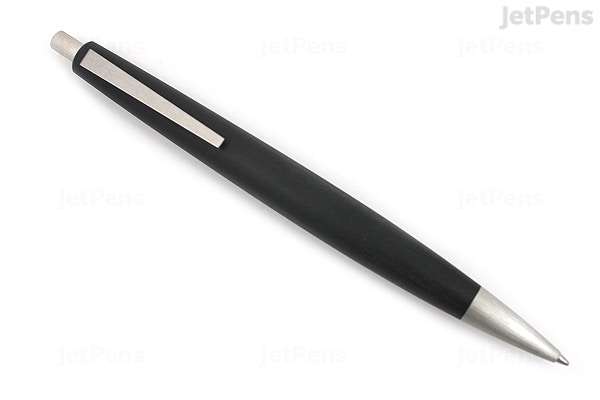 Sometimes, the greatest things are actually small and simple things, the things we take for granted. For example, have you ever stopped to think about the ballpoint pen? You likely use one on a regular basis. It’s the world’s #1 writing utensil. (I guess that makes pencils #2.) But have you ever considered how another human being invented that oh-so-convenient writing tool? Knowing the story of the ballpoint pen can help you succeed as an inventor, too.
In the early 1900s, a Hungarian Jewish newspaper editor named László Bíró decided he needed a better pen. At the time, most people used fountain pens or dip pens for writing. Both options required refilling, and the pens sometimes leaked, leaving messy smears on the paper. Other inventors had tried solving the problem. Their pens held a small ball, suspended in a socket, at the tip of the pen. As the writer dragged the pen across the paper, the ball would roll in the socket and leave an even trail of ink behind it. However, these inventors couldn’t seem to get the ink right. The ink was either too thin so that it leaked and cause the same messy problem as before, or it was too thick and would clog the pen.
While working on newspapers, László Bíró noticed how the ink from the printing press dried neatly on the papers. With the help of his chemist brother, György, he created a similar formula to use in a ballpoint pen.
Bíró originally patented his invention in Europe during his 30s. However, during WWII, Bíró and his brother fled to Argentina to escape the Nazis. That same year, in 1943, he filed another patent, this time in the United States. Soon afterward, the ballpoint pen—also known as a “biro”—took off. Just two years later, Gimbel’s Department Store was selling ballpoint pens for $12.50 each. That is equivalent to about $176 today.
What can we learn from Bíró and his invention process? First, he sought to solve a problem which directly affected him. Success would make his editing job much easier. He had a very personal motive, which likely inspired him to keep trying after his original, failed attempts. Second, Bíró utilized his resources. He used something he was familiar with—printing press ink—to inspire his invention. He also partnered with his brother, someone who had a deeper knowledge of chemistry and could help him solve the problem. Lastly, Bíró persevered despite intense challenges. Even though his country was torn apart by war—even though Nazis threatened his life—even though he left his home, traveled across the ocean, and had to start over in a country where the citizens didn’t even speak his native language—Bíró still found a way to succeed. Motivation, resourcefulness, and perseverance let Bíró create an invention now used across the world. Who says they can’t do the same for you?