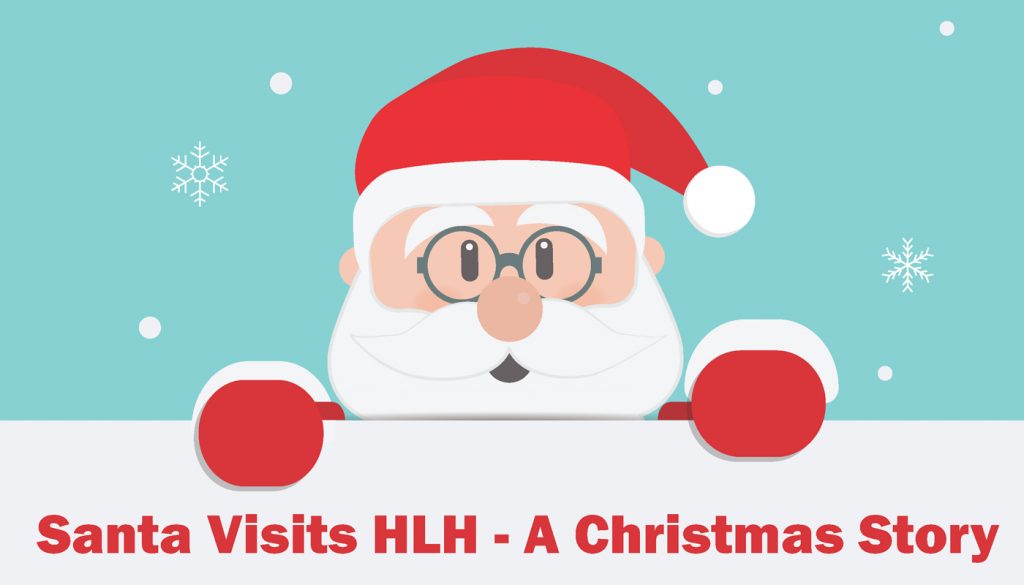 Let’s kick off the holiday season with a fun post from 2016. You better watch out and you better not cry.

‘Twas 1 week before Christmas, when all through the factory,

All HLH work was deemed to be more than satisfactory.

The projects were being worked on with speed and with care,

Knowing that FedEx and UPS soon would be there.

TheÂ workers wereÂ finishing up for the day, putting their projects to bed,

With visionsÂ of a Karaoke night out filling theirÂ heads.

The HLH cat had snuggled for a rest in my lap,

I dare not wake him as he can be such a grumpy little chap.

All of a suddenÂ in the parking lot there aroseÂ such a clatter,

I sprang from myÂ deskÂ to see what was the matter.

As I ran to the window the HLH catÂ flew like a flash,

Tearing across my desk, knocking over my coffee stash.

Was it late afternoon light playing tricks with my eyes?

I could not believe what had come down from the skies.

Eight tiny rein-deer and the man called Santa by name,

In China, at HLH, what could possibly be his aim?

Santa, I called, what are you doing here?

He looked in my direction and said I came for the Tsingtao beer.

We both had a big laugh, that Santa can be such a kidder,

I said come on Santa, don’t be such a fibber.

Santa then got real serious, his eyes filled with dread,

There were no visions of sugar-plums dancing in his head.

I need your help HLH, SantaÂ said with despair,

Only HLH can help me with this Christmas repair.

You see, Santa’s helper had forgotten to pay the electric bill,

His workshop shut down, with many, many orders still to fill.

With only one week to go and Christmas at risk,

It was clear right away that our lead time was brisk.

Santa quietly said 1.2 million are the number of orders I need ran.

I looked straight at Santa and said…are you serious, come on man?!

I quickly regrouped and sprang into action.

Calling on all our troops so we could get some good traction.

We need to get to work real fast, no time to be silly.

For 7 days and nights the HLH team worked harder than ever,

Knowing that to succeed, we could never say never.

With CNC Machining, Vacuum Casting and 3D Printing on the ready,

And Rapid Tooling, Injection Molding and classy finishes, we were all steady.

Rapid Prototypes, Rapid Tooling and Rapid ProductionÂ is how we delivered,

Failure was not an option, it was never even considered.

An impossible task to be sure, with some who will not believe.

But trust me when I say, this is one tall tale I could not achieve.

With all the orders complete and Santa filled with cheer,

I said, now come sit with me Santa, let’s enjoy that Tsingtao beer.

Merry Christmas to all, and to all a good night.